The Municipality of Petroupoli, participated for another year in the EUROPEANMOBILITYWEEK. This participation was accompanied by a series of actions which offered residents the opportunity to become aware of the alternative and softer forms of urban mobility and mainly encouraged them to spend  more time in nature, taking part in activities such as hiking.

This year’s theme of EUROPEANMOBILITYWEEK was “Zero emission mobility for all” and the organized events, which were successfully completed, were adapted to the frame of the Covid 19 spread protection directives. Therefore, during the actions necessary safety distances were kept. For this reason, and in order to encourage participation, the Municipality of Petroupoli lengthened the duration of the campaign.

The detailed programme of the actions:

On Tuesday, 15 September 2020, at the outdoor cinema of Petroupoli, started the screening of the film about the EUROPEANMOBILITYWEEK campaign.

On Thursday, 17 September 2020, at schools and municipal buildings residents were informed about the EUROPEANMOBILITYWEEK campaign. Moreover, printed material was presented and distributed.

On Saturday, 19 September 2020, at 19:00 an exhibition of electric car and bicycle was organized at Agios Demetrios square. The companies PEUGEOT with the electric car 208 and COCO-MAT. BIKE with its wooden electric bicycle, immediately responded to our call. During the exhibition residents were informed about the electromobility and its advantages. Municipality’s aim was to provide information on the softer and pollution free mobility in our city.

On Sunday, 20 September 2020 at 09:30 a walking-tour   (from Agios Demetrios square to Zaharitsa top of the mountain, at an altitude of 452 metres), was arranged in collaboration with the Hiking and Mountaineering Association of the Municipality of Petroupoli. The participation was free for the residents. The walking-tour lasted three hours and people had the chance to admire, from the mountain top, the Thriasian Plain and the field were the Battle of Salamis was fought. At the same time, people explored the mountain’s flora and fauna (plant and animal life). Moreover, reference was made to historical and environmental data, with special commentary on the “Phryctoria” (means of communication used in Ancient Greece).

On Monday, 21 September 2020 at 18:00 the Group of People with Disabilities of the Directorate of Culture of the Municipality of Petroupoli participated in a drawing activity that took place at the Sports Hall “N. Paximada”. The group members, with their unique way captured in their drawings an ideal city of Petroupoli, friendly, accessible and noise and pollution free.

On Sunday, 27 September 2020 was arranged a torch relay in order to transmit the universal message of Voluntary Blood Donation. The Municipality of Petroupoli, welcomed this year, for the first time, the “Flame of Love”, during the 18th National Torch Relay of the Voluntary Blood Donation Organization (POSEA). The flame was transferred by the Vice Mayor for Health and Social Services of the Municipality of Palaio Faliro Ioannis Arkoumanis, to the Mayor of the Municipality of Petroupoli Stefanos Gavriil Vlahos, in order to light the “cauldron of Love “, declaring the torch relay open. Then, headed by the Mayor, the Vice Mayors and Municipal Councillors with their torches lit, crossed symbolically the theatre area heading to the central scene “Minos Volanakis”, where the ceremony ended with speeches and awardings.

On Sunday, 27 September 2020 at 18:00 was completed another action at the Basketball Court of Agia Triada. With the slogan “We don’t stay idle, we stay active”, the groups “Onirodieti” and “Latino Especial” which consist of students and teachers from special-needs schools and the group “Words of Silence” which consists of Petroupoli´s residents who use the Greek Sign Language, presented together a performance. They dynamically transmitted a message of hope, joy and courage, as an antidote to the widespread and paralytic atmosphere of fear and insecurity that is dominant around us. Complying with the appropriate hygiene measures, performed uniquely before a very receptive audience. First, under the guidance of the modern dance teacher, the group excited people with its spectacular performance. Then, followed the group’s narrators who proved that they know, as few, the art of interaction with the audience. After that, the group “Words of Silence” interpreted two songs, using the Greek Sign Language and proved how eloquent silence can be. Finally, under the guidance of the latin dance teacher, excitement and joy grew and if it wasn’t for the hygiene measures, dancers and audience would have danced together on stage.

On Monday, 28 September 2020 at 20:30 was organized a free screening of the film the “Forbidden bicycle” at the outdoor cinema of Petroupoli.
A girl, a bicycle, a small revolution…
The film “Forbidden bicycle” is definately a promising achievement. It is the first movie that was wholly filmed in Saudi Arabia and the director was a woman, in a country where women weren’t allowed to ride even a bicycle.

On Tuesday, 29 September 2020 at 18:30, the Municipality of Petroupoli in collaboration with the Greek Search and Rescue Voluntary Group of Attiki (E.E.D.E.A), organized a presentation of the basic principles of protection for safer countryside hiking actions, at the outdoor cinema of the city of Petroupoli. The action was free for Petroupoli’s residents, and the presentation included the units below: Route, Equipment, Natural Dangers, Animals, Fire, 112 (Emergency Communications Service), Orientation, First Aid, Stretchers- Casts, Helicopters.

On Sunday, 4 October 2020, the Municipality of Petroupoli in collaboration with the Hiking and Mountaineering Association of the city, organized a rock climbing action at the new climbing field of the Association. The event started at 17:30 with a hiking trail of 2 kilometres (from the city’s depot to the new climbing field). There, took place a rock climbing demonstration by experienced climbers and those who wanted, had the chance to try this activity.

On Tuesday, 20 October 2020 at 21:00, ended the photo contest, that was organized by the Municipality of Petroupoli and the Department of Photography of the Directorate of Culture. The theme of the contest was “Green, non pollution mobility for all”. The photo with the most likes was the winning one.

The choice and coordination of actions was undertaken by the Department of Planning, Development and Organizing and the Press, Communication and Public Relations Office of the Municipality of Petroupoli. 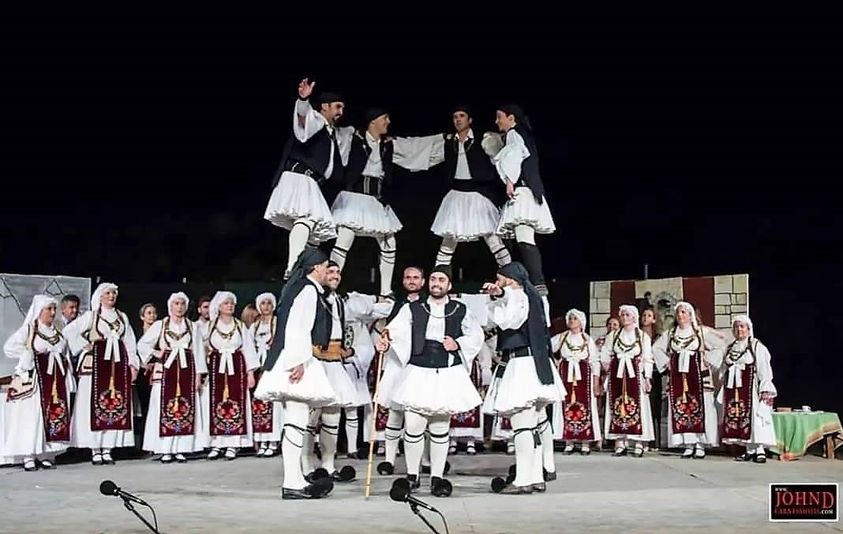 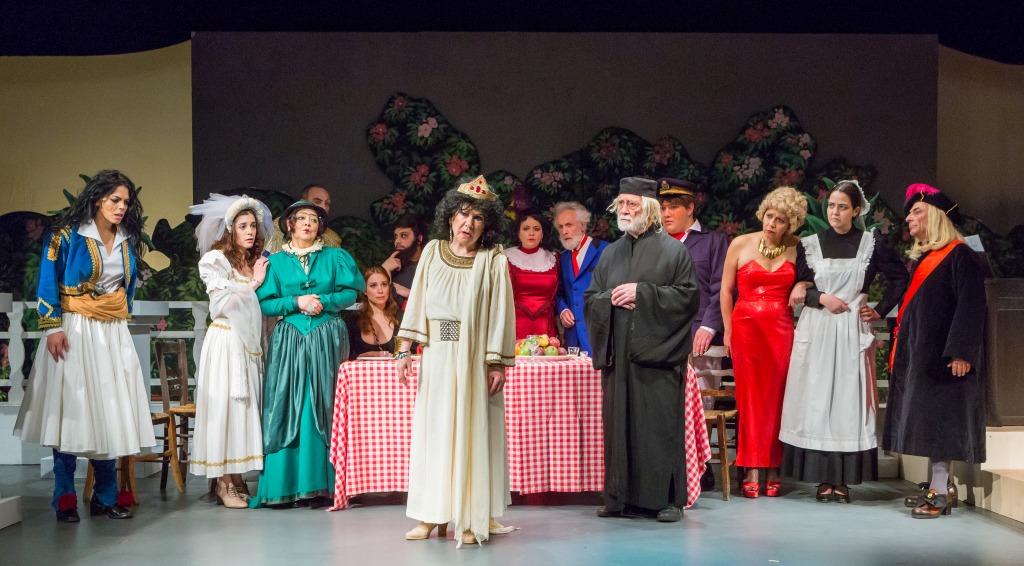 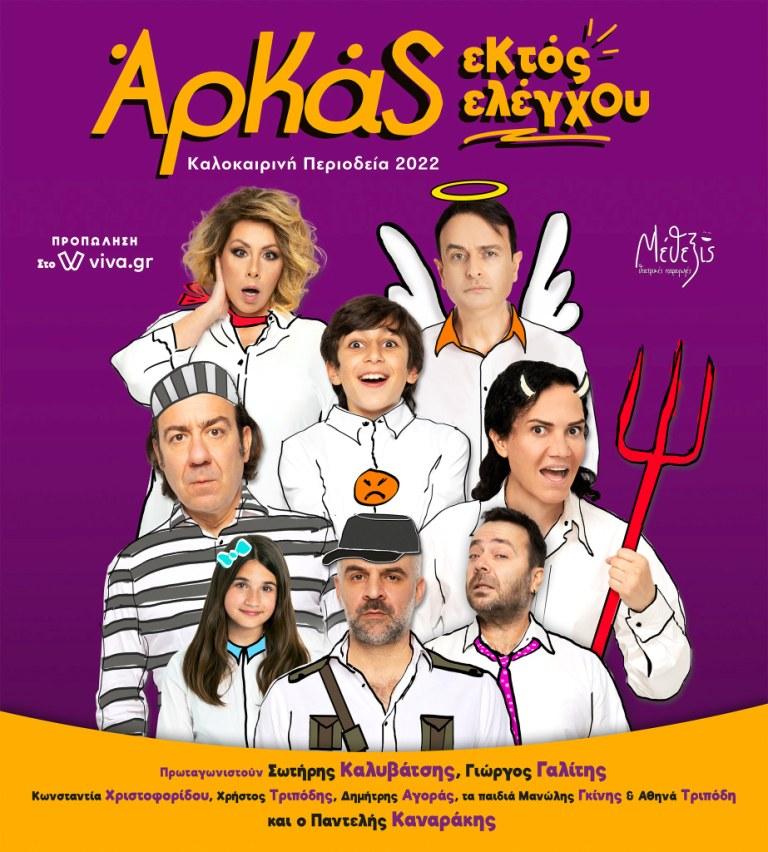